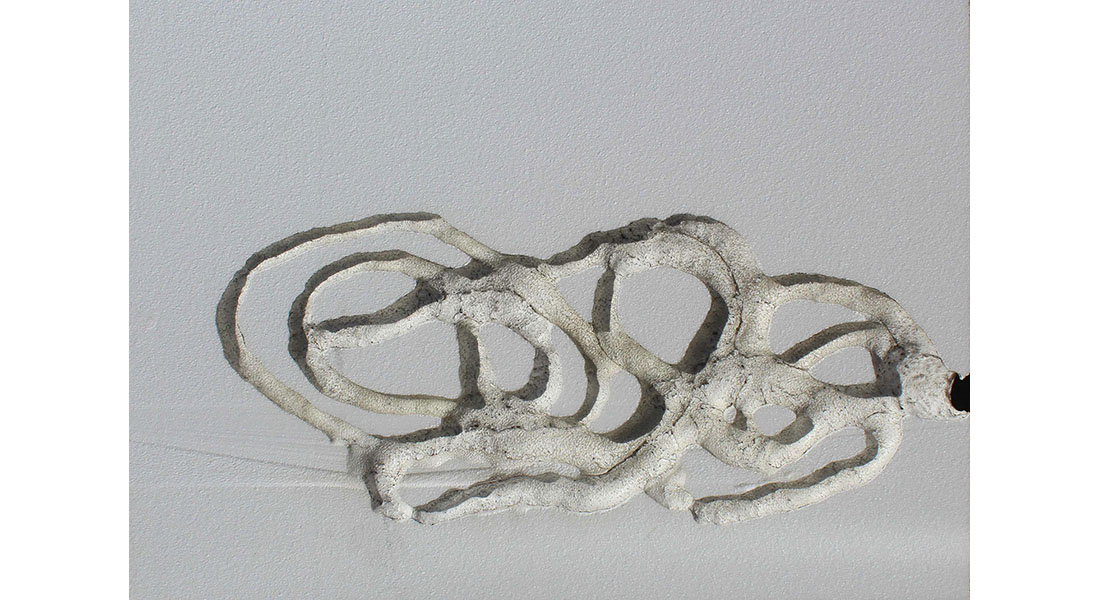 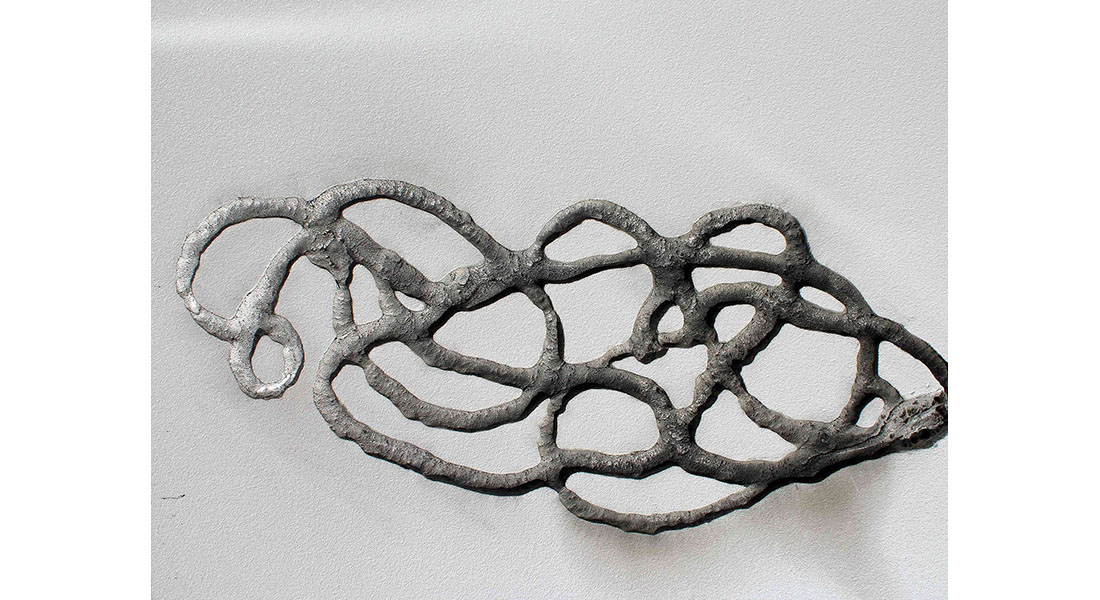 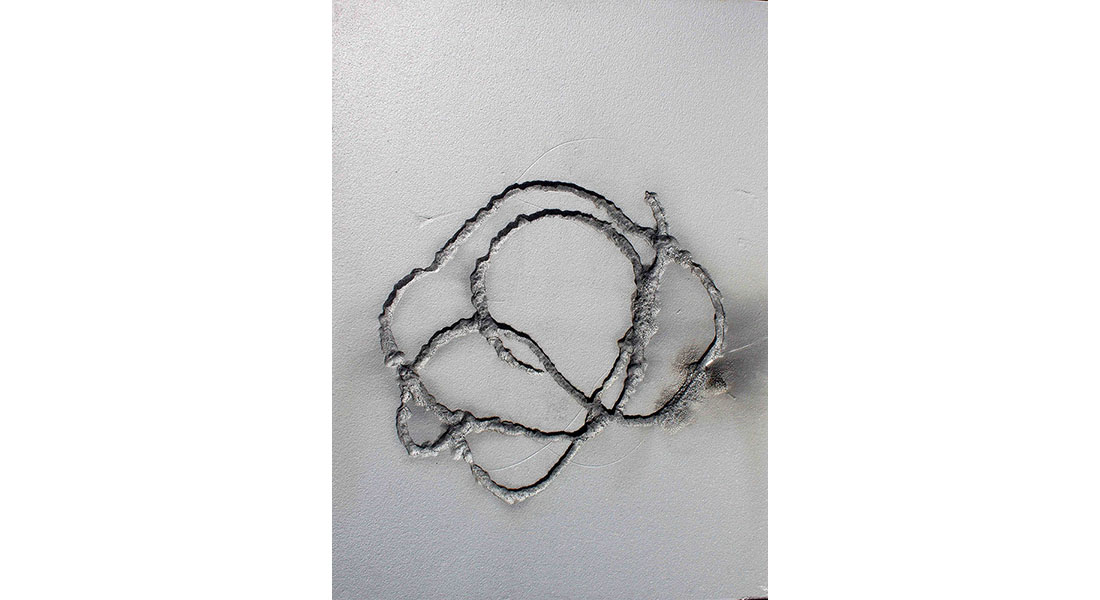 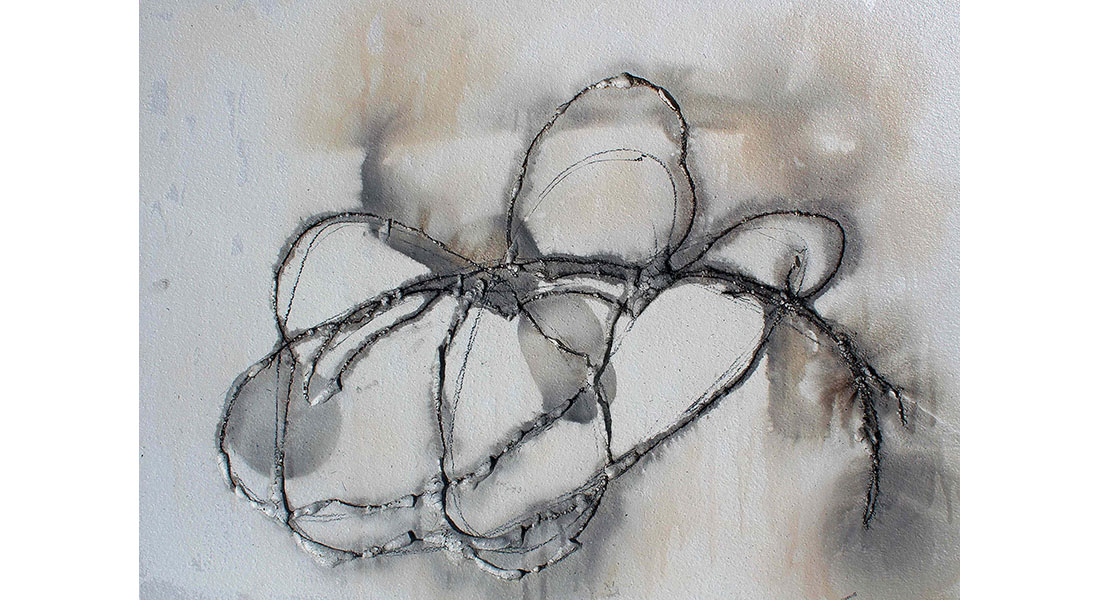 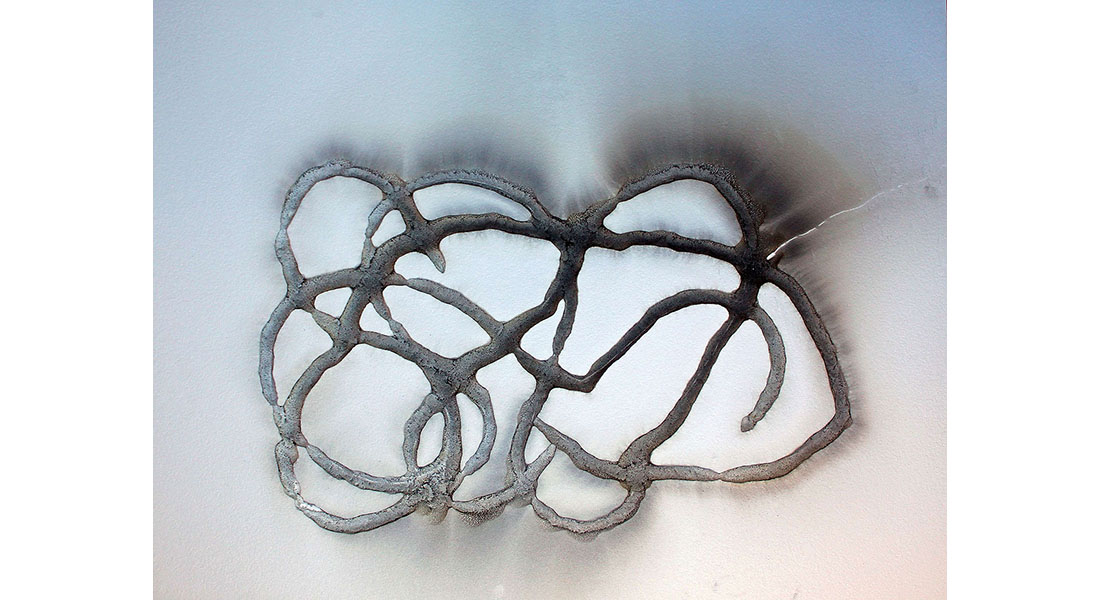 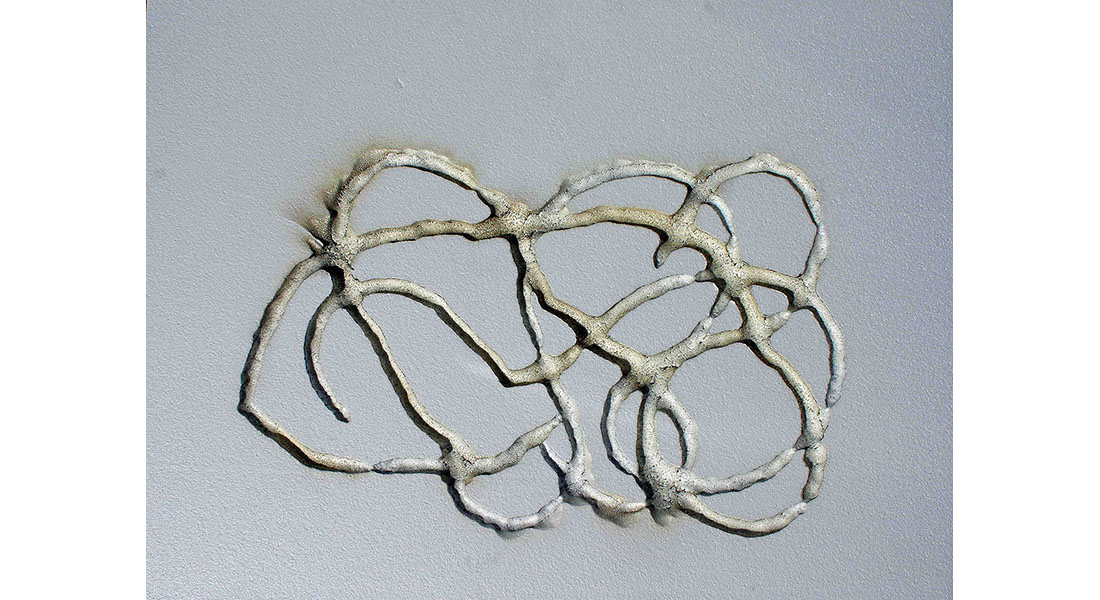 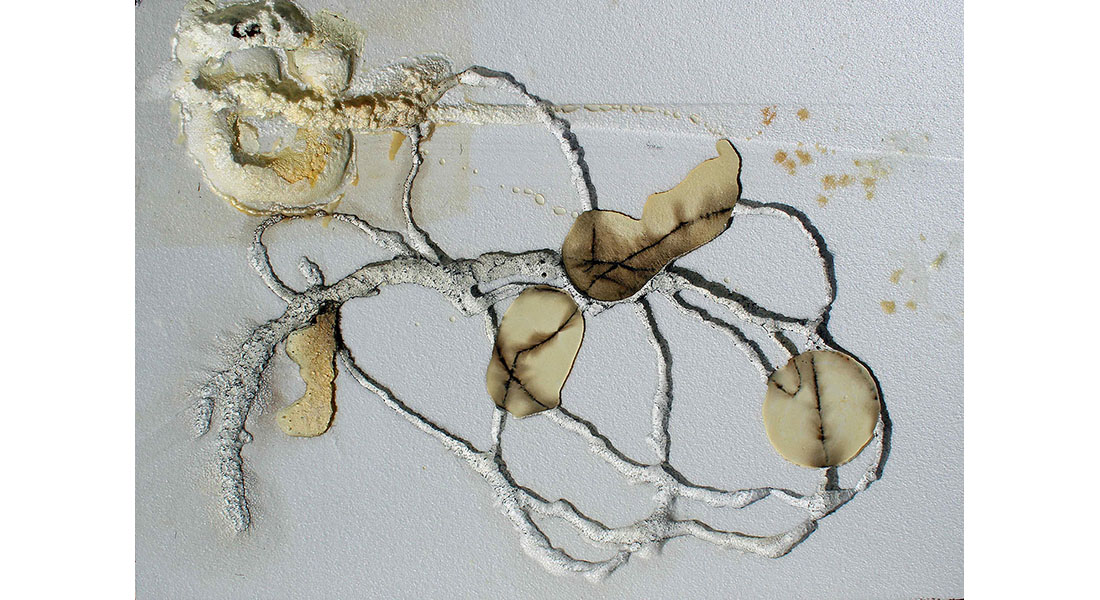 POLY –
combining form; many; much
…Origin from Greek – polus ‘much’, polloi ‘many’

Before the invention of paper, ink and brush, carving transferred information through Oracle Bones and bamboo that were first used for calligraphic support. POLY-GLYPHS references the most ancient calligraphic tradition, creating gestural, liminal objects that transfer information and are intriguing artefacts in their own right.

POLY-GLYPHS are so named due to the process in which many lines are combined into a sculptured, hieroglyphic-like form through carving an ornamental groove or channel in modern materials. These POLY-GLYPH works create surfaces of carved symbols through a process of removing material and extend my QWERTY TEXTSCAPES series where the mark is made through the addition of material (ink and paint).

POLY-GLYPHS incorporate both the informational and gestural tradition of calligraphy. Gesture is derived from a line, which traces the formation of words on a QWERTY keyboard. The QWERTY gestural line is carved into the modern material of polystyrene, adding content via a process of removal. Ancient material meets digital content, created with an embodied gesture.